Do you really know named return value in Golang ?

Be careful when using named return value in golang

Recently, I'm writing some golang tools and have found that functions of golang have a feature called named return value, which cannot be found in other common programming languages like Python, Javascript or Java. It cannot also be equal to the feature in some 'functional' programing languages like Clojure, Haskell or Scheme, which the evaluation of the last expression is the 'return value' of the function. In golang, we write code like this:

By leaving out the variable x, yin the return expression, we have created a shorter function which already permit precise variable name in golang. Fairly simple and convenient. However, what I'm talking about today are some common pitfalls when using this handy feature.

Considering this problem: find the index idx of the element "el" in an array (or slice) arr. Without named return value, you may write code like this :

Using named return value, you can change it to this:

Let's run it to see what happens.

We encountered the following error:

Line 12: i is shadowed during return

How could it be? The reason is scope.

In Golang, one type of block scope is a pair of {} which generates a new level of function scope. In our example, our range loop body is wrapped in a {}, and, at the same time, we are also using := to assign variables idx and v. Therefore, we have completely declared another variable name "idx", which is "shadowing" the outer scope binding (our intended)'idx' in the loop body. You can learn about the academic meaning of the word shadow or binding here

We can change the code to:

If you are confident that you won't fall into the first case, since the compiler will warn of the error. Pitfall 2 is less obvious then.

In line 1 from output, we confirmed that the admin user root is in us1, good.

But wait. Look at line 2: There is no Admin user in us2 at all! How could guest turn out to be an Admin users?

Well, now, we shouldn't find it hard to figure it out: Although the named value u is modified during each iteration in the range loop body, it will, at the end of loop, be set to the last element in the us2 array. Note the return after the range loop. It will then return the value to the caller. As a result, in the main function, admin2 is set to guest. This is clearly not what we intended.

To correct the code:

Now, it will end up with the right outcome.

Hope my little reflection may help some of you Gophers. :) 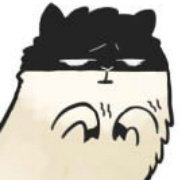